Demo: How to record a screen capture with quicktime. Post a short video or screen shots of interactive space of world to Slack.

-A talk by Valve at GDC 2015, looks like it covers a lot of good fundamentals.

-gives a lot of good things to try and follow

-This was a talk at Oculus Connect 2, its pretty representative of the types of lessons that you learn making a VR game

-Not as relevant, but can be interesting to see how things are in the other engine
Some best practices from Swing Star:
-Use a 1:1 aspect ratio when previewing stuff in the editor (if working without VR)

-The design rules are different in VR

Unity Export Modulus
Make sure unity has correct export modulus in the build settings. If Android or iOS are missing you may need to re-download unity or try to install the missing export modulus. 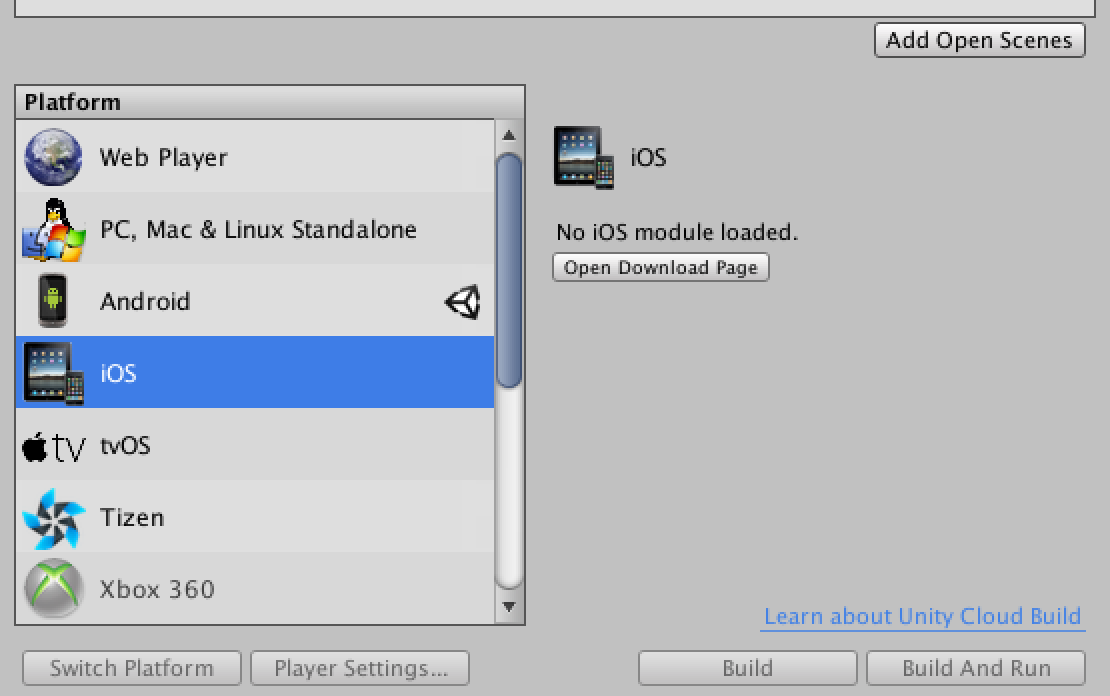 Setup google cardboard for your Unity

Cardboard SDK for Unity and Demo

Take look at this unity project to see how
– Select object using the the trigger component
– How to switch scenes between scenes,
– how you might make a simple animation a object based on the current gaze.
– One scene also has a skybox.

Homework:
Due next Monday 28th
Create a scene for google cardboard for a stationary camera setup. Have this unity app installed on your phones and be ready to show on a google cardboard.
– With in the scene use the tigger componite to set up GAZE event on a game object.
– You should have at least one gameObject that is selectable with a GAZE event and can be deleted on click or rotates on GAZE enter ( look at example file)
– EXTRA: try and figure out how to make another scene that can be switched be a GAZE or click event
– EXTRA: Try making a game out of the GAZE section, could you keep a score similar to the roll-a-ball ,  what if there was a time. Could that timer be looked to the head tracking?