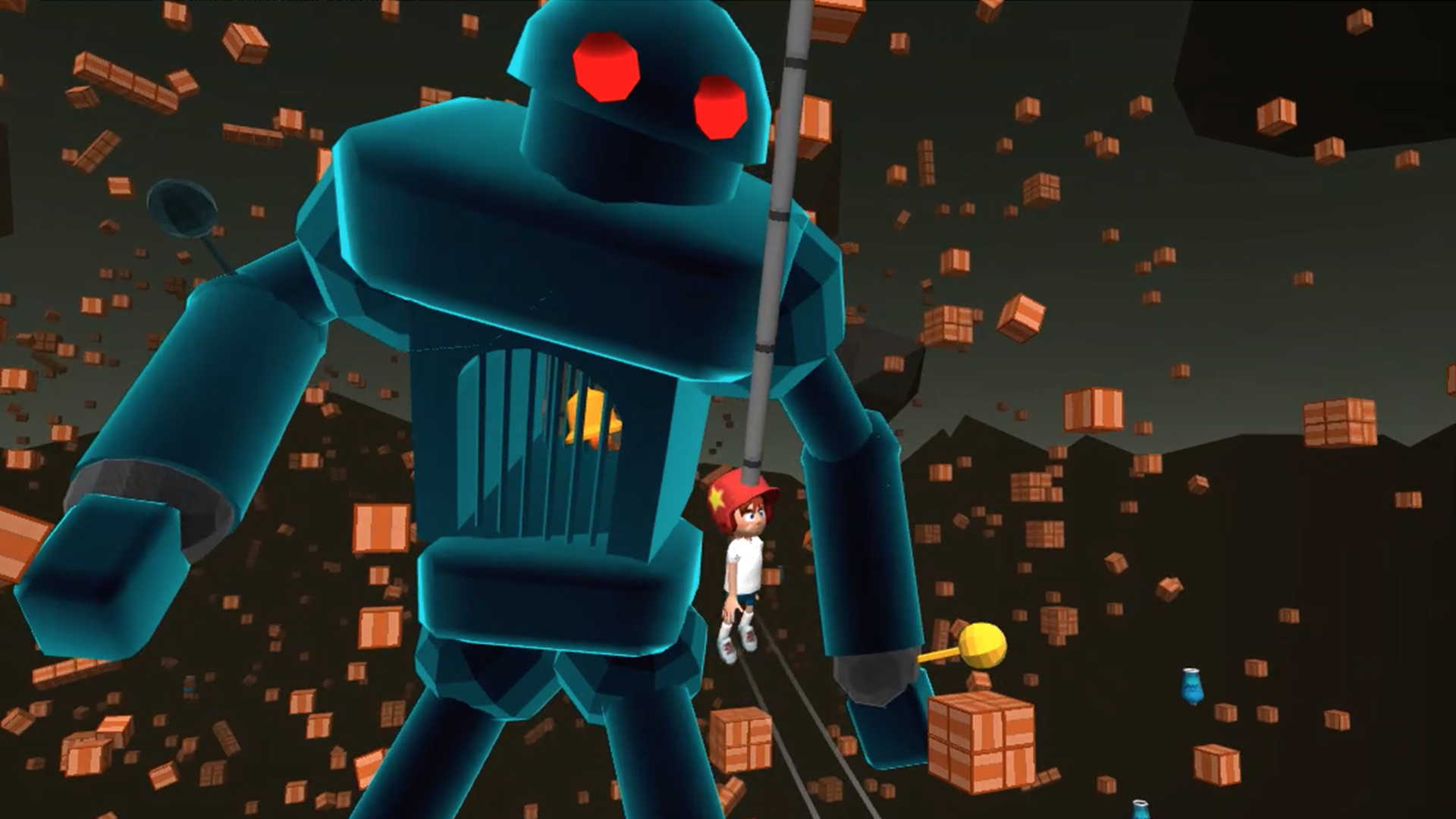 SwingStar VR is released for Vive today on Steam for 7.99$ with a 10% launch discount. Originally release early this year for Oculus Rift and Gear VR, this new version of SwingStar is designed for the HTC Vive motion controllers. Point your Vive controller at any object in the world, then hold the trigger and gravity will swing you away.

This new version of SwingStar has a gigantic boss battle where players swing to take down a giant robot, in a Shadow of the Colossus style struggle.

Scattered across the 20 levels are hidden 4 golden Keys that unlock a corresponding mysterious floating door. If a Key is brought to a door it will open and unlock a entire new level to explore. There are 4 new secret levels to discover.

What about Oculus Support?

Players on Oculus Rift and Gear VR should update to get the new boss battle and secret levels. Not to leave Rift players behind, Oculus Touch controller support is coming very soon.